It’s been almost two months now since my last “work in progress” post, so I thought it would be time for a new one. When it comes to my own projects, the last two months have been mostly dedicated to research. I’ve spent some time looking at different helpdesk services to see if I could make it easier to manage support mails, though I ended up using nothing in the end.

I also spent some time researching localization tools for an update I did on TodoCat (which was released last week). Translations on TodoCat will can be done by the users themselves, so I want a great interface for doing these. Sadly, I haven’t found a tool that I like yet, so right now you have to edit JSON-files manually. 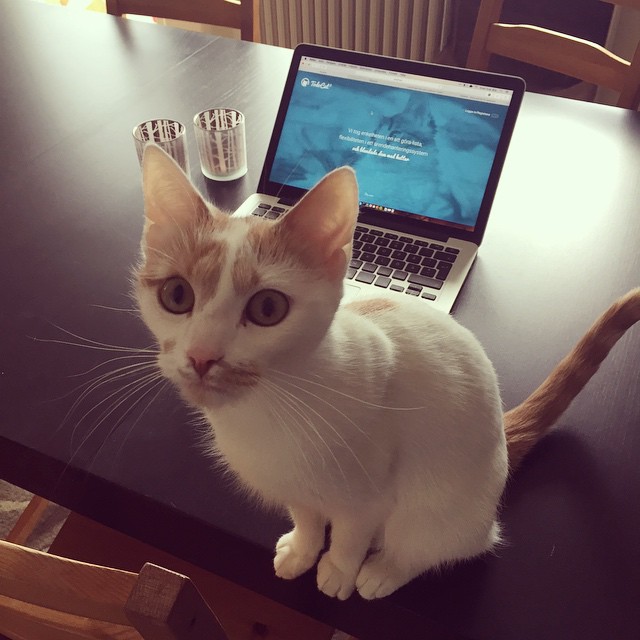 Oh, and I sold my Macbook Air and bought the new 13" Macbook Pro with Retina Display and Force Touch instead. I found out the hard way that the MBA couldn’t handle my workflow very well. Hopefully development should be faster and more enjoyable from now on.

Every once in a while I get questions about when I’m planning on releasing things I’m working on. This is extremely hard for me to answer since I work on these projects by myself, and I’m doing it all on my free time. It’s also affected by how tired I am, if I have any other plans, or if I simply don’t feel like coding at the moment.

Still I decided to attempt at making a roadmap for this year, so you can get a picture of at least when I would like to finish releases this year.

Before I show you the roadmap, I’ve put together a timeline of when my previous releases have been made. Perhaps it shows how much work I can handle. Big circles are bigger releases, and they are colored by which platform (including different stores) they’ve been released on. Hover them to read more about the release.

And finally, ladies and gentlemen, here is my roadmap for this year. It might look like I’m only working on big releases but this is mainly because I feel like they are the ones worth planning for. Minor updates are often bug fixes or smaller features that I realise could be added rather quickly.

I cannot stress enough that this roadmap is just a speculation and it may change in the future. Actually, it probably will change.