Last week I released an update to Hypernap. At first I was just going to do an update with some small but critical bug fixes. But since I’ve been sick for so long, dealing with depression and some other nasty things, I felt bad for not releasing anything in a very long time.

So I ended up spending some extra time doing things like improving the UI and refined the connection handler. I think it turned out nice. Here are some of the changes: 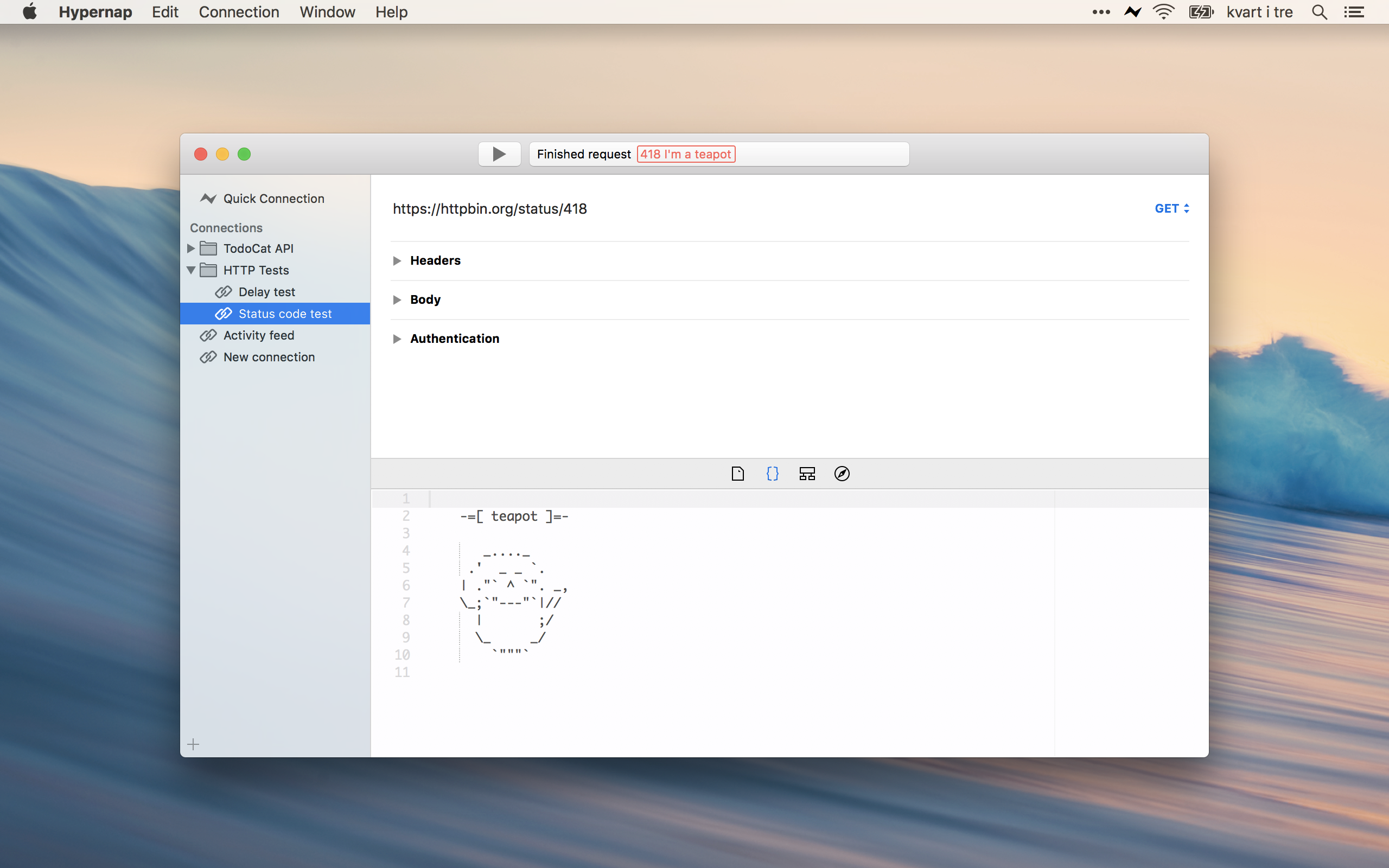 This update features a brand new interface, which is much faster and smoother than its predecessor. It was originally built to be an exclusive upgrade for Hypernap 2, but I decided to bring it to 1.4 too since I wasn’t happy with the performance in the old version. You can read more about it in this old WIP article.

The Preferences window has also been updated, for instance with some new icons that I hired the talented Matthew Skiles to design.

This is more of an experiment than something actually useful, since I recently changed my workstation to a 15" MacBook Pro with a touch bar. Right now it only adds the toolbar controls from the main window, but if you want any more features added let me know!

The most important change in 1.4 is a critical bug that has been fixed, which could cause a parsing error that would prevent Hypernap from starting at all.

I also made some optimizations during startup, so the application will be ready to use much faster than before. The biggest bottleneck was getting network addresses for the statusbar context menu, but this is now being loaded in the background.

Before I return to working on Hypernap 2, there are some new things I would like to implement first. Firstly, based on user feedback, I would like to add some kind of “walkthough” that will show new users how Hypernap works, or rework some of the UI to make it more obvious.

Another thing users have requested, that I too think is important and needs to be implemented, is some kind of support for file uploads. It’s a bit tricky to get the UI right, but I have some ideas that I will try out.

There are also some more smaller changes planned, which you can find on my todo list that I’ve made public. If there’s something you think is missing, let me know!

You can get Hypernap 1.4 on the Mac App Store or from the website!