There’s one app that I have used ever since I bought my first Mac, and that app is known as FuzzyClock. It showed the current time written in fuzzy text, like “ten past two”. This was a feature I loved even before I got my Mac and used different Linux distributions, where similar apps were available too.

The app was built by a man named Guido Neitzer, and contained a lot of different languages contributed by people around the world. Sadly, he stopped further development on the app a few years ago. Even though it was still available to download, new issues started to show up every time a major update happened on Mac OS X.

So last year I sent a mail to Guido and asked him if I could make a successor to FuzzyClock, and if I was allowed to use the same language files he used. He said yes! 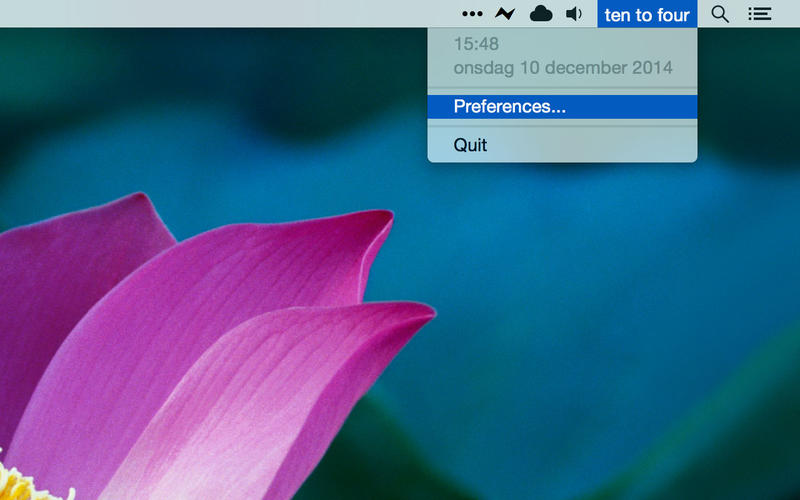 So I made a new app, and named it FuzzyTime. It’s my first app written in Swift, and it has most of the features FuzzyClock had. All 74 language files are included (and some more are on the way). You can also set up special times where you would like to show a certain message. I use it to show when we have fika at work.

Note: One feature that didn't make it from FuzzyClock is the ability to move the app to the right, where the standard clock in OS X is. The reason for this is that it would require using some private API:s that Apple wouldn't allow on the App Store.

To solve this, I recommend a third party application called [Bartender](http://www.macbartender.com). It allows you to move around all menubar icons and hide the ones you don't want.

FuzzyTime is free and you can find it on the Mac App Store!