Who doesn’t like flashing lights and building stuff? When a co-worker brought a blink(1) by ThingM that he had gotten last christmas, I just couldn’t help myself. I had to buy one. blink(1) is a small USB light with two LEDs that can be controlled to light up on your command.

When I got mine, I was a little bit disappointed in their own software for OS X, it was just generally unstable and now it won’t update its UI for me anymore. But luckily, blink(1) has a bunch of code libraries available for developers who want to control it themselves.

So I whipped together a new Node.js-project and started playing around with node-blink1. I also used blessed to create a nice interface. It’s very basic for now, but it will probably grow as I add more features. 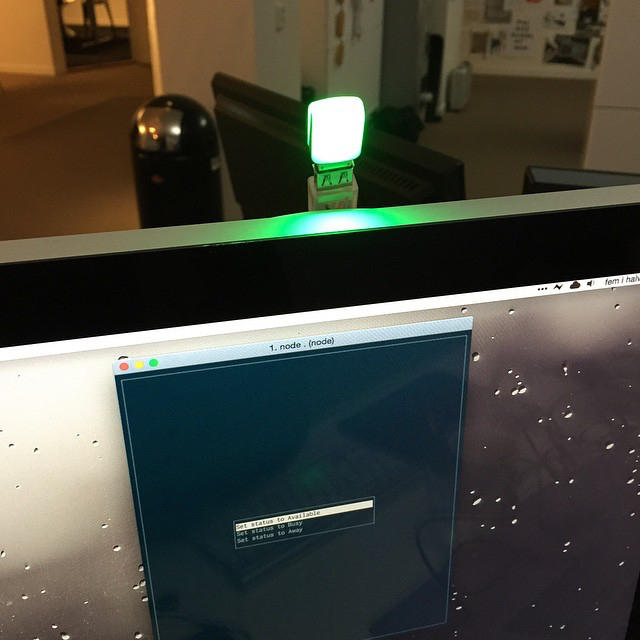 The current version lets you change your availability status, so you can show your co-workers if you are busy or not. I’ve also added support for the patterns used in Blink1Control, so when it’s time for a coffee break it will flash a lot.

I’ve published the code on GitHub if you want to try it (you will need a blink(1) obviously). Next up is probably turning it into a stand-alone CLI app where you can configure your own schedules, maybe. Would you be interested in that?